As you may or may not know, WSLH Proficiency Testing is the only proficiency testing provider that is a part of a public health lab. We are particularly proud of the history of public health excellence that our colleagues at the Wisconsin State Laboratory of Hygiene (WSLH) have advanced since our inception as a clinical proficiency testing provider in 1966. In light of a colleague’s recent passing, we wanted to highlight his contributions to immunology and to public health overall. Rjurik (Rik) Golubjatnikov, PhD, emeritus chief immunologist at the Wisconsin State Laboratory of Hygiene (WSLH) and emeritus University of Wisconsin (UW) professor of preventive medicine, passed away in late July 2021 in Madison, Wisconsin. Dr. Rik was the WSLH’s Chief Immunologist from 1967 until his retirement in the late 1990s. Dr. Stan Inhorn, emeritus director and medical director of the Wisconsin State Laboratory of Hygiene and emeritus UW professor of preventive medicine wrote this obituary for Dr. Rik. Telling stories about each other and about our work as medical laboratory professionals and public health leaders remind us why we do the work that we do and keep us feeling connected as a community. Here is an excerpt of that obituary:

Rjurik (Rik) Golubjatnikov, PhD Rik Golubjatnikov was born on June 19, 1931 on Muhu island, one of many islands that lie offshore of Estonia in the Baltic Sea. His father was the island’s doctor, health official, and coroner. His mother was a singer and expert in national dresses and textiles. Because of its location in Europe, Estonia was affected by cultural and political events in Scandinavia, Russia, Germany, and other European countries. Consequently, Rik became proficient in speaking Estonian, German, Russian, and later Spanish. 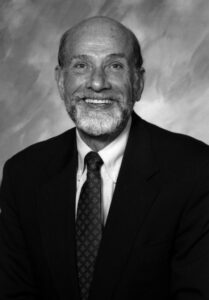 Rik’s life changed in 1939 when Germany and Russia signed the Molotov-Ribbentrop Pact that gave Estonia and Finland to the Soviet Union. […] On July 1, 1941, a mass deportation resulted in Rik’s father being sent to a gulag in Russia where he perished within a year. Rik, his older brother, and their mother were sent to a camp in northern Estonia where they worked in the fields, slept on the floor, and endured many hardships.

In August, Germany violated their pact with Russia and invaded the Baltic countries. Rik’s family was allowed to return to their home. Life under the German occupation was difficult. Their attempt to sail to Sweden in a small boat was unsuccessful, resulting in the family being sent to a labor camp near Frankfurt where Rik contracted tuberculosis.

The nightmare ended in 1945 when the U.S. Army swept into Germany. A camp for Estonian displaced persons was established in Geislingen, a town in Southern Germany, under the direction of UNRRA. Their home for the next four years was a small room in a duplex house. A school was started with enough teachers but little in the way of supplies. The curriculum included English, and Rik’s proficiency in English was bolstered by writing to pen pals in the U.S. Boy Scout leaders from England and the U.S. came to the camp and started a troop. At a Jamboree in France, Rik’s brother met a Scoutmaster from Illinois who found a sponsor for the family in Springfield, Illinois. In August, 1949 they sailed to the U.S. and to their new home, a large estate near Springfield. They bonded with the lady of the house and her two children, performing household jobs in exchange for their board.

Rik passed the high school equivalency exam and obtained a scholarship to Millikin University in Decatur, IL. […] He received his Ph.D. in Epidemiologic Studies [at the School of Public Health at the University of Michigan] in 1964 and took a job at SUNY in Buffalo as an Assistant Clinical Professor in the Department of Preventive Medicine. His research was in a virus vaccine evaluation project, which required that he build a virology and serology laboratory for the project.

In 1967, Rik accepted an offer to start a Section of Immunology at the Wisconsin State Laboratory of Hygiene (WSLH) on the University of Wisconsin campus. […] Rik was a leader in designing programs for control of syphilis and gonorrhea, and later other sexually transmitted infections. He helped design the creation of serum banks, which were crucial in documenting epidemics of infectious diseases. […]

Rik’s research interests extended to Central and South America, where he carried out serum surveys to determine the prevalence of various infectious diseases. When the AIDS epidemic started in the 1980s, he carried out serologic studies in Wisconsin and several countries in the Americas. Other studies included tests for infectious mononucleosis, HIV, maternally transmitted agents, enzyme tests for streptococcal infections and tests for other respiratory infections. […]

Rik had many friends in Madison and in the countries where he traveled. He is survived by his  nephews and their families. 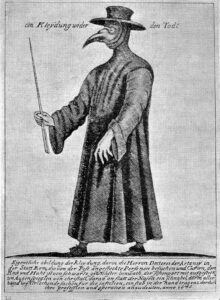